After obtaining raw genotype calls from GATK, 33.4% of genotypes were missing due to low-coverage sequencing. We then performed imputation using an in-house modified k nearest neighbor algorithm.  In imputation, heterozygous calls were set to missing and we split the variations to 4058 bins (5000 variations each) for imputation.  For the missing genotype in high coverage regions,  we set them to be 'DEL'. After imputation, we obtained an overall missing data rate reduced to 2.32% and an overall DEL rate to 9.57%. The detailed precision rate and missing rate of each bin after imputation are shown in the figure below. 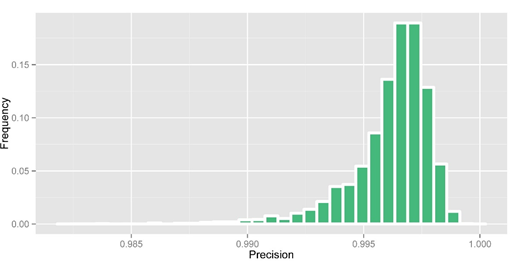 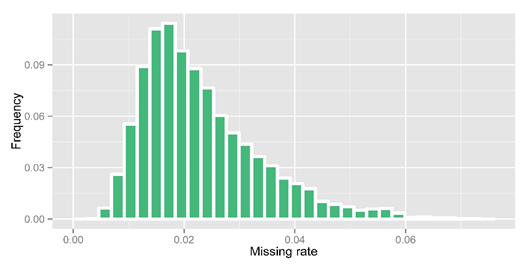 The population structure of the 4,726 accessions was inferred using ADMIXTURE based on 210,521 SNPs randomly selected from the genome (3 SNPs randomly selected every 5 kb and MAF must >= 0.01). The parameter for the number of ancient clusters K was set from 2 to 7 to obtain different inferences. Each accession was classified based on its maximum subpopulation component. Accessions with the maximum subpopulation component value differing from the second value less than 0.4 were classified as intermediate. 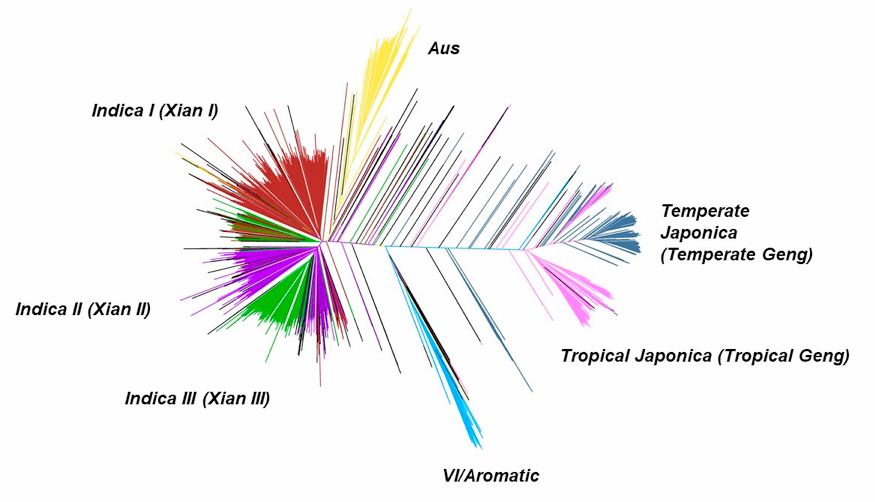 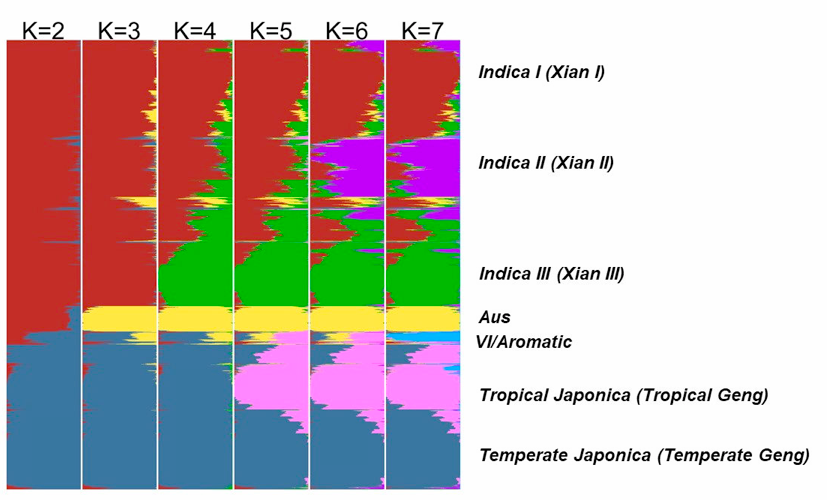